Home Aging Aging & Kidney Disease – Do You Know The Facts?

Aging & Kidney Disease – Do You Know The Facts? 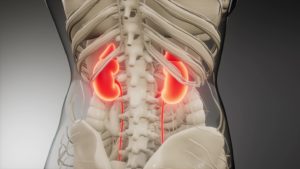 In this article from the National Kidney Foundation, we learn that 50% of seniors over 75 are believed to have kidney disease. Learn the facts.

Kidney disease can develop at any time, but those over the age of 60 are more likely than not to develop kidney disease. As people age, so do their kidneys.

According to recent estimates from researchers at Johns Hopkins University, more than 50 percent of seniors over the age of 75 are believed to have kidney disease. Kidney disease has also been found to be more prevalent in those over the age of 60 when compared to the rest of the general population.

“Many people don’t realize that, as we age, we lose kidney function,” said Beth Piraino, MD, National Kidney Foundation President. “Unfortunately, older Americans may not realize they are at increased risk until it is too late.”

The National Kidney Foundation (NKF) urges everyone over the age of 60 to be screened for kidney disease. NKF recommends annual screening with a simple urine albumin test that checks for protein in the urine-the earliest sign of kidney damage-as well as a blood test for kidney function. In addition to seniors, NKF recommends that members of other high-risk groups, such as those with diabetes, high blood pressure, and/or a family history of kidney failure, also be screened annually.

Kidney disease often develops slowly with few symptoms, and many people don’t realize they have it until the disease is advanced. Awareness of kidney disease, especially for those at risk, is the first step to preventing, or slowing the progression of kidney disease.

“Kidney damage can manifest as decreased kidney filtration or protein in the urine,” said Morgan Grams, MD, PhD, of Johns Hopkins Bloomberg School of Medicine. “If this is recognized and evaluated by both patients and their physicians, then the risk of complications can be managed.”