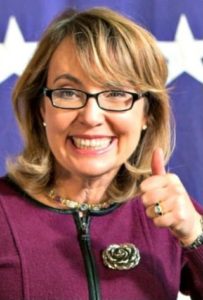 In the past five years, Gabby Giffords has hiked the Grand Canyon, gone skydiving, raced in a 40-mile bike ride and founded an advocacy group that helped persuade President Barack Obama to take executive action on gun control.

That’s while recovering from a gunshot wound that nearly killed her, learning to speak again and rehabilitating.

Friday marks the anniversary of the 2011 shooting at a Tucson constituent event that left six dead and 13 injured, including the former U.S. congresswoman, the target of the attack.

Giffords was shot in the head. She has a language disorder known as aphasia and speaks in short phrases or words. The right side of her body is largely paralyzed.

The shooter, Jared Loughner, pleaded guilty to 19 federal charges and was sentenced to life without parole.