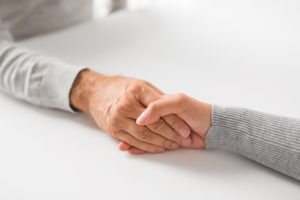 Caring for a loved one with Parkinson’s disease can be a challenging job, particularly as the disease progresses. This article from the Family Caregiver Alliance provides information about Parkinson’s, along with suggestions for caregivers.

What Is Parkinson’s Disease?

Parkinson’s disease (PD) is a progressive, neurological disease that mainly affects movement but can also affect cognition. Parkinson’s disease results from the destruction of nerve cells in a part of the brain called the basal ganglia.

Different parts of the brain work together by sending signals to each other to coordinate all of our thoughts, movements, emotions, and senses. When we want to move, a signal is sent from the basal ganglia to the thalamus and then to the cerebral cortex, all different parts of the brain. Nerve cells in the brain communicate by using chemicals. A chemical (neurotransmitter) called dopamine is produced in a group of cells called the substantia nigra and is essential for normal movement. When the cells die, they can no longer produce and send dopamine, so the signal to move doesn’t get communicated. By the time a person starts to experience motor symptoms of Parkinson’s, they’ve already lost approximately 50% of their dopamine producing cells. People may experience non-motor symptoms from loss of other neurotransmitters up to ten years before motor symptoms are noticed.

Caregiving for People Living with Parkinson’s

Caring for a loved one with PD can be a challenging job, especially as the disease progresses. Former caregivers of a loved one with PD suggest doing the following (see more about these at the end of this fact sheet): Get prepared, Take care of yourself, Get help (don’t try to do it all yourself), Work to maintain a good relationship with your loved one, and Encourage the person with PD for whom you care, to stay active.

Preparing for caregiving starts with education. Reading this fact sheet is a good start. More resources are available to you in the Resources section of this fact sheet. Early Parkinson’s disease (PD) usually requires more emotional support and less hands-on care. It is a good time for family members/caregivers to educate themselves about the disease.

Who Gets Parkinson’s Disease?

Parkinson’s disease, documented in 1817 by physician James Parkinson, is the second most common neurodegenerative disease after Alzheimer’s disease. Estimates regarding the number of people in the United States with Parkinson’s range from 500,000 to 1,500,000, with 50,000 to 60,000 new cases reported annually. No objective test for Parkinson’s disease exists, so the misdiagnosis rate can be high, especially when a professional who doesn’t regularly work with the disease makes the diagnosis.

Since Parkinson’s is more common in people 60 years old and older, it is expected that the incidence of Parkinson’s will increase with the aging of the baby boomers. Although PD is more common in older persons, some people do begin to experience symptoms before they are 40 years old. Researchers have identified families who experience an increased incidence of PD, with some showing a genetic relationship from known PD genes. However, genetic causes of Parkinson’s are rare, only in approximately 6–8% of all cases. Most people diagnosed with PD do not have family members with PD. Recent studies show there may be a genetic predisposition to developing PD, but environmental exposure to certain toxins (many years prior to symptoms) may be needed to develop the disease. One common expression is “genetics loads the gun, but environmental [exposure] pulls the trigger.” Epidemiological studies are actively exploring the relationship between Parkinson’s disease and exposure to agents such as herbicides, pesticides, and other toxins.

All persons with Parkinson’s do not develop the same symptoms, and any symptoms that do develop may change over time as the disease progresses. People will experience both motor and non-motor symptoms. Typically PD motor symptoms start on one side of the body, and over time may progress to both sides. Often, one side is more affected than the other. The primary symptoms most commonly associated with Parkinson’s disease are:

Recent research has identified primary non-motor symptoms of Parkinson’s disease that might be experienced up to 10 years before the motor symptoms appear. They are:

People with Parkinson’s can develop some of the following symptoms as the disease progresses:

Active diagnosis and treatment of the motor functions caused by Parkinson’s disease occur to a greater degree than do the diagnosis and treatment of life-impairing cognitive disease-related conditions. Often the family caregiver may notice cognition changes even before the care recipient may see them in him/herself. If you notice cognitive changes, it is valuable information to discuss with the care recipient and to share with their doctor. (See the Parkinson’s Disease Dementia section of this fact sheet for more information.)

Additional PD symptoms may include: