Parkinson’s Disease in the Elderly 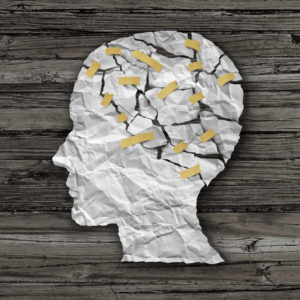 Parkinson’s Disease is the second most common age-related, nerve degenerating disease after Alzheimer’s. Why does Parkinson’s occur more in the elderly? This article from parkinsonsdisease.net takes a closer look at the various reasons and symptoms to watch for.

Parkinson’s disease (PD) is known as an older person’s disease since it is most often diagnosed in people over age 60. Only 4 percent of all cases are diagnosed before age 50. PD is the second most common age-related nerve degenerating disease after Alzheimer’s. The incidence of PD is 1 percent of the population over the age of 60. This increases to 5 percent of the population over age 85. This makes aging is the biggest risk factor for developing PD.1,2

Why does Parkinson’s occur more in the elderly?

The biggest risk factor for PD is age. While the exact cause remains unknown, scientists believe PD results from a combination of genetic and external factors. It is important to note that many genetic or external factors remain to be discovered and require more scientific research.1

PD affects multiple areas of the body and brain. Death of nerve cells (neurons) in a brain region called the substantia nigra pars compacta is largely responsible for motor symptoms. These symptoms include tremor, rigidity, and loss of spontaneous movement.

Dopamine is a chemical messenger that transmits signals for producing smooth, purposeful movement. Research has shown that the substantia nigra pars compacta shows more loss of neurons than other areas of the brain. These neurons appear to be more sensitive to some toxins. Many of these toxins target an organelle in neurons called mitochondria which are responsible for generating ATP, the source of energy in a cell.

In addition, during aging, there is a decline in the function of the organelles that clear up and remove damaged proteins in neurons. Also, over time, there is a build up of the alpha-synuclein protein which forms Lewy bodies that damage neurons.

It is estimated that people with PD have lost 60 percent to 80 percent or more of the neurons that produce dopamine by the time motor symptoms appear.1,2 As a result, over time, the reduced function of mitochondria and other organelles in the cell and the build-up abnormal forms of alpha-synuclein may cause neuron loss. It is only after extensive neuron loss over time that motor symptoms emerge.

Learn more about symptoms and treatment of Parkinson’s Disease.

For more information on how Assisting Hands can help loved ones with Parkinson’s, please see our fall prevention video and the services we offer.