Home Aging Seniors And Diabetes: A Complete Guide For People Over 65

Seniors And Diabetes: A Complete Guide For People Over 65 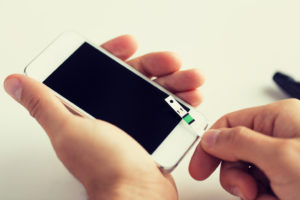 November is National Diabetes Month. Diabetes is one of the biggest health issues in the U.S. and affects about 12 million people age 65 and older. Here’s a guide to diabetes in seniors.

According to Aging.com, diabetes is affecting even more people as the population grows. As of 2015, the Center for Disease Control says more than 30 million Americans have some form of diabetes. That number makes up just under 10 percent of the entire American population. Around 25 percent of those 65 and older have diabetes, the CDC says, meaning about 12 million seniors have the condition.

These are astronomical numbers. The World Health Organization expects diabetes to be the seventh leading cause of death worldwide by 2030. And because so many people have it, Americans spend huge amounts of money on treatment and medication. The American Diabetes Association reported in 2012 that the cost of diabetes diagnoses was $245 billion—nearly a quarter of a trillion dollars. Most of that number came from the direct medical cost of diabetes ($176 billion), and the rest came from reduced productivity in the workforce because of diabetes ($69 billion).

Worst yet, some experts believe the number of Americans who have diabetes can increase from about one in 10 in 2015 to one in three by 2050, if current trends continue. This is due in part to an increasingly older population—one that is more at risk for developing diabetes as they age. In the very best scenarios, experts believe that one in five Americans will have diabetes by 2050.

“These are alarming numbers that show how critical it is to change the course of type 2 diabetes,” said Ann Albright, the director of CDC’s Division of Diabetes Translation.

She stressed that we must develop “successful programs to improve lifestyle choices on healthy eating and physical activity … because the stakes are too high and the personal toll too devastating to fail.”

The first step in combating diabetes is being informed—understanding what it is, how to take preventative measures, and how to treat the disease. LEARN MORE.