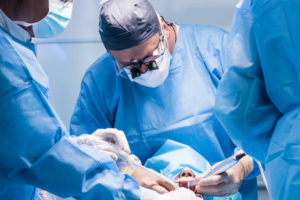 Aging teeth and gums can lead to big dental costs and Medicare may not cover them all. Here are some cost-cutting strategies to help seniors maintain their oral health.

When Jo Calk, 70, of Lincoln City, Ore., broke a tooth last year, she never considered seeing a dentist. Instead, she took matters into her own hands. “The sharp points of the still-intact metal fillings were painfully ripping into my tongue, so I borrowed a diamond file from a friend and sawed off the edges,” she says. “At least it doesn’t poke me anymore.”

Like many seniors, Calk says she had to give up dental care in order to get by on her fixed income. If you’re over age 65, maybe you can relate. In surveys, more than half of older Americans say they have not been to the dentist in the past year, and they cite cost as the top reason.

Calk went to the dentist faithfully twice a year for most of her adult life, when she was covered by employer-sponsored health insurance. She says she was shocked when she retired and learned she had to start paying those costs herself. She gave up going to the dentist about a year after she retired, when she realized she was going through her savings too quickly.

Medicare has never covered most routine dental care, and Medicaid offers extremely limited coverage that varies by state. A few Medicare Advantage plans do offer dental benefits, but most don’t even come close to covering the cost of expensive procedures such as root canals, gum surgery and implants.

The unfortunate irony is that older Americans lose their dental coverage precisely at the time when they need it most. Aging takes a toll on teeth. Gum tissue naturally recedes as you age, exposing roots to decay, and a lifetime of crunching and grinding wears away tooth enamel. In addition, many medications cause dry mouth, which raises your risk of gum disease, tooth decay and infection.

About 1 in 5 Americans age 65 or older have untreated cavities, and 2 in 3 have gum disease, according to the National Center for Health Statistics.

Forgoing dental care can have serious long-term consequences, says Stephen Shuman, a dentist at the University of Minnesota School of Dentistry who leads the Gerontological Society of America’s oral health group. Poor oral health affects your ability to speak, eat healthy foods and feel confident in how you look. More importantly, perhaps, taking good care of your teeth can decrease your risk of serious problems such as heart attack, stroke and poorly controlled diabetes.