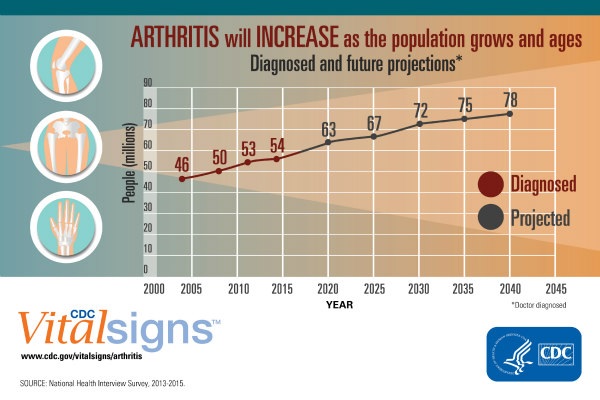 An old fashion remedy that was almost forgotten has been showing astonishing results with pain relief in senior patients with arthritis. You probably never heard about that, but I am sure your grandma has.

Arthritis and age. Some Statistics

From 2013–2015, an estimated 54.4 million US adults (22.7%) annually had ever been told by a doctor that they had some form of arthritis. Of people aged 65 years or older, 49.6% ever reported doctor-diagnosed arthritis. [i]  These statistics do not show a promissory scenario, but some people have learned to cope with the pain, however, there are other risks that should be taken into consideration. For instance, adults with arthritis were about 2.5 times more likely to have two or more falls and suffer a fall injury in the past 12 months compared with adults without arthritis.[ii]

There are several conditions under the umbrella of arthritis but the one that is been affecting the senior community is the one related to an autoimmune condition. 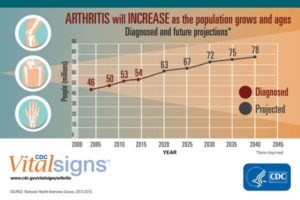 Autoimmune diseases occur when the body’s immune system mistakes its own tissues for foreign invaders, such as bacteria or viruses. In Rheumatoid arthritis, the immune system attacks the synovial tissues within the joints. The confused immune system develops antibodies to seek out and destroy the “invaders” in the synovium. Rheumatoid arthritis is also a systemic disease, which means it can affect the whole body. other tissues like muscles, cartilage, and ligaments and even other organs, such as the heart, the lungs, can be affected.

While patients with RA are being treated with anti-inflammatory and some potent medication that may carry long-term side effects, there are some simple strategies that may provide incredible relief. A mix of inflammatory foods elimination like gluten-containing grains, plus the introduction of some herbs like Turmeric, Ginger, and others have been showing effective outcomes. But an old grandma recipe of chicken-feet soup at night might be the most effective way to distract the immune system and make them to attack the synovial tissues in the cartilage of the soup, located in the stomach or the intestines and let the joints free especially at night, when the rest and digest state of the body promotes the immune system to be in a more active stage. In a nutshell, the recipe is about to cheat the immune system to be occupied with the food instead of our own tissues.

Find Organic Chicken-feet for a bone-broth is not always easy but at Assisting Hands we have been partnering with some Organic farmers to provide monthly supply and our caregivers are been trained to cook delicious bone broths that not only might provide an incredible relief in our clients, but also might bring beautiful and tasty memories that made or generations to thrive with this painful condition with fewer medications and more natural and delicious remedies.

This is a Home Care presentation from Assisting Hands of Boca Raton and Delray Beach: Our mission is to offer…