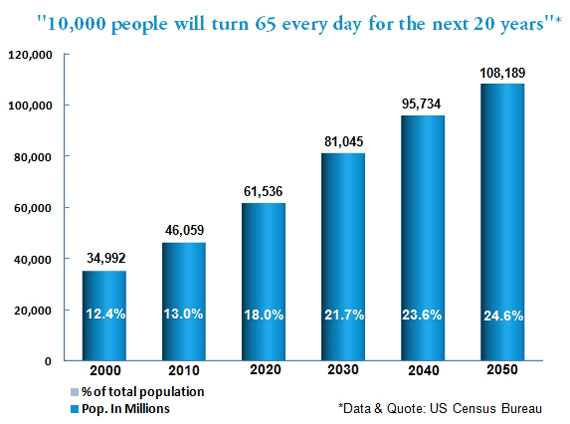 A new study finds the price of most long-term-care services are rising faster than inflation, and by 2050 the nation’s long-term care services bill is expected to top $379 billion. The most preferred form of care is in the home, and the cost of home care performed by a home health aide remained flat in most regions of the country.

Additional research identifies an imminent shortage of caregivers as the driver of increasing long-term-care costs. By 2030, the number of Americans 65 years and older will double. The U.S. will need to recruit 200000 new direct-care workers each year to meet future demand among our aging population.

One in three Americans voluntarily provide unpaid informal care each year to one or more ill or disabled family members or friends, according to the Department of Health and Human Services.

Nearly 7 million Americans provide care or manage care for a relative or friend aged 55 or older who lives at least one hour away, according to a survey cosponsored by The National Council on the Aging and The Pew Charitable Trusts.

15 million days of work are estimated to be missed each year because of long-distance caregiving, according to the National Council on Aging.