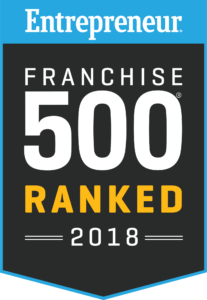 NAMPA, Idaho (January 23, 2018) — The national office of Assisting Hands Home Care announced today it has been ranked #164 in Entrepreneur magazine’s Franchise 500 for 2018. Entrepreneur, the most comprehensive franchise ranking system, received more than 1,000 applications, making this one of the most competitive years in its 39-year history.

This is the third year Assisting Hands has been ranked by Entrepreneur and a considerable rise in position from the last two years. In 2017, the home healthcare franchise provider ranked #287, moving up from #307 in 2016.

Entrepreneur’s Franchise 500 is based on financial strength, growth, size and stability.

In 2017, Assisting Hands opened 14 units for a total of 104 operating in the U.S., one international unit, and three company-owned units.

“To be recognized by Entrepreneur for three consecutive years is a testament to our team,” said Lane Kofoed, president and CEO of Assisting Hands. “We strive to continuously improve our brand, support our franchise owners and provide the very best service to our clients.”

Assisting Hands Home Care made several other top franchise lists in 2017, including the INC. 5000 and Franchise Times Top 200+.

Franchise Business Review, another industry report, ranked Assisting Hands in the Franchise Top 50 for 2018, which is based on franchisee satisfaction.

“The last year brought us great success, both for our franchise owners and our company as a whole,” said Kofoed. “We look forward to what 2018 continues to hold for Assisting Hands.”

Looking Out for the Sight-Stealing Disease: Glaucoma Awareness Month

Since January is glaucoma awareness month, it is important to know what this disease is and determine who is at…

It’s not uncommon for the elderly to become depressed and lonely during holidays, especially since many states are more cloudy…